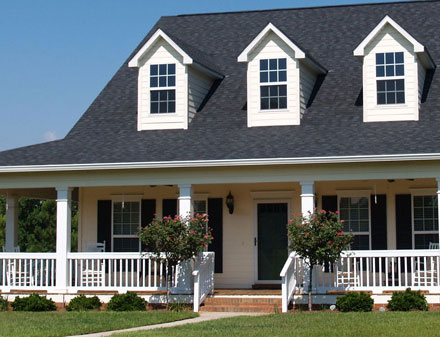 Clear your home of negative energy, spirits or entities.

There are many indicators your house may need to be cleared of negative energy, spirits or entities.

Following is a list of signs and symptoms that you may be experiencing in your home.

There are also indicators that you may have an entity or energy parasite attached to you that goes with you everywhere and affects you personally. Following is a list of signs and symptoms that you may be experiencing an entity attachment.

There can be many reasons your home or you may need to be cleared of negative energy, spirits or entities. Negative events or emotions send energy into the surrounding environment. Over time, this energy can build up in a house and make the atmosphere feel heavy, dark and uncomfortable. Andrew can remove the negative entities and energy that have built up and fill your home with the unconditional love of Spirit. Earthbound spirits, commonly known as ‘ghosts’ are everywhere and can be unsettling when they are in your home. An earthbound spirit has not made it across to the Light; often they don’t even know they have died. In addition to earthbound spirits there a limitless number of other spirits they can come in to a home or attached to a person as the quantum field is limitless and the number of beings and entities and number of dimensions.

Sometimes the spirit is malicious, sometimes benign, in just the same way that some people are nice and some are nasty. Most spirits can be helped over to the light, although some need more persuasion than others. Full blown spirit possession is very rare; however spirits can influence thoughts and behaviors of susceptible people.

Sometimes spirits are finding their way in through a portal, which is an energetic gateway. In these cases people have usually had themselves and their houses cleared multiple times by mediums and exorcists only to be bothered again. Until the portal is properly sealed, the problems will persist. Earthbound spirits are not the same as spirit guides who accompany you. Spirit guides are not bound to the Earth plane and have attained a level of wisdom that few of us in human form can claim. Andrew does not remove genuine spirit guides, guardian angels, or relatives.

“Negative entities” refers to non-human energy souls or energies with varying levels of intelligence that may deliberately attach themselves to humans. Some are just mischievous, some want a good energy feed, and others are downright malevolent. Energy parasites feed off the human energy field. Like physical parasites, they aren’t usually especially ‘dark’, or even very aware, but they are hungry. Think of them as psychic leeches.

These parasitical creatures are very common, but are unlikely to be noticed unless the host is sensitive, or they grow large or numerous. At this point, the person’s energy becomes compromised and they will most likely display some of the signs listed above.

Many clients have commented that after a house clearing, they were able to occupy rooms of the home that had been uncomfortable to be in previously. They have also reported being able to sell their home when they were having difficulty before the clearing. Many clients say that the clearing has had a positive effect on them physically such as sleeping better, and an overall sense of well-being and even physical healing. Clients who have had entities or parasites removed have had immediate benefits such as physical healing, improved sleep, improved moods and appetite. One of Andrew’s strongest gifts is the ability to clear negative energy, spirits or entities from homes and buildings and in fact from people. He often finds inter-dimensional portals in homes that entities and spirits use to move back and forth from other dimensions.

If you feel you may have this problem, Andrew will check the home or office at no charge. Over half the time there are no entities or portals to other dimensions, but a simple buildup of negative energy that people can often clear themselves by saging or using other energy clearing techniques. Energy clearing techniques, however, will not remove entities.

Andrew does not physically need to be at your location, and distance is irrelevant when it comes to house clearings or entity removal. This means you don’t have to schedule a time when you are mutually available. You can contact him easily through one of the ways listed on the Contact page.

House clearing sessions can be conducted over the phone. Time and space are not an issue with removing negative energies.

Get the help you need with clearing negative energy, entities and spirits out of your home.